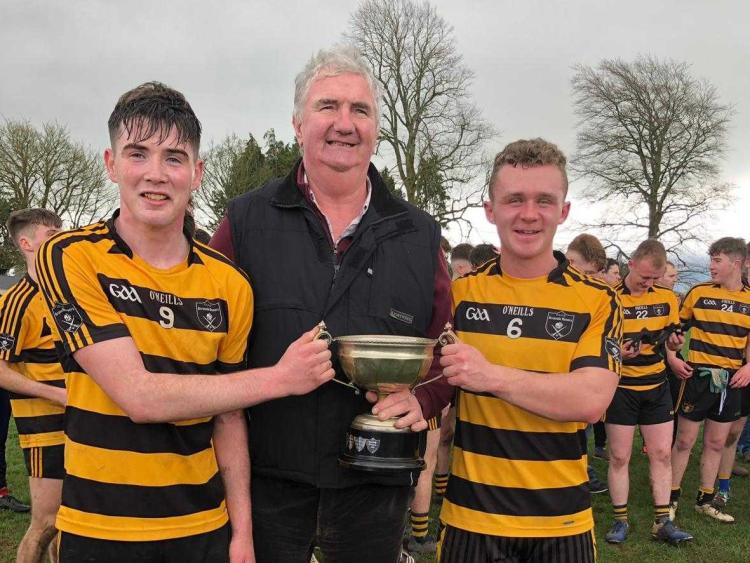 Arravale Rovers regained the McGrath Oil West Tipperary Under-21A Football Championship title, last held in 2016, when they defeated the holders Clonoulty-Rossmore in a hugely-entertaining game at Bansha on Sunday last.

Played in near perfect conditions, this game featured all that is good about football – there was no negativity, but plenty of high fielding, kick passing, great sportsmanship and both sides were always willing to go forward.

Arravale always looked to be in control and had the ability to get scores easier while Clonoulty were over reliant on Cathal Bourke to keep the scoreboard ticking over.

From the outset Arravale dictated the pace to this game and Cormack Maher had two points on the board inside the opening eight minutes. Cathal Bourke had Clonoulty back on level terms by the thirteenth minute with two converted frees.

Arravale upped the pace and kicked the next four points in as many minutes – these scores arrived courtesy of Cormack Maher, Jack Hogan and two in quick succession from Killian Noonan.

Cathal Bourke pulled two back for Clonoulty (one from play and one from a free) before Jack Hogan (with his second of the game from a placed ball) left the half-time score reading: Arravale Rovers 0-7 Clonoulty-Rossmore 0-4.

Clonoulty needed a good start to the second half and Cathal Bourke put over a free three minutes after the restart. Killian Noonan restored parity before Aidan Loughman cut the deficit to two after five minutes.

Clonoulty had a let off two minutes later when Arravale were awarded a penalty at the dressing room end and Dean Morrissey’s low drive to Dillon Quirke’s right was just outside the post.

Clonoulty failed to capitalise on this let off and their remaining score of the game came on ten minutes.

Arravale pressed on, upped the tempo and further points from Cormac Maher, Killian Noonan and Jake O’Dwyer ensured that the JJ Kenneally Cup was back by the banks of the Arra for the sixteenth time.

Arravale are a very even team throughout with Jack Lowry, Jake O’Dwyer, Fergus Halligan and Oscar O’Dwyer very strong in defence, but it is up front that they are most lethal with all of their forwards capable of capitalising on the chances that they create.

Clonoulty gave it their all, never gave up and continued to attack right to the finish. Dillon Quirke, again, was always on the alert in goal and came to the rescue on a few occasions. Their defence was led by Odhran Quirke and Martin Ryan (Ned) and corner-back Jack Ryan Casey was always willing to attack when the occasion arose. Jimmy Ryan (Con) and Aidan Loughman held their own at midfield, but their attack in general was well-marshalled by a tight Arravale defence and they were over reliant on Cathal Bourke for scores.