St. Pauls Church, Cahir, was built under instruction of the Glengall Butler family and is one of only two known churches designed by the celebrated English architect, John Nash. Private architect to King George IV, Nash built the church at a cost of 2,307 pounds (at this time far larger churches were built for less than half of this).

Situated just past Cahir Square in a picturesque location above the river Suir with Cahir Castle as it’s backdrop, its dramatic spire has become a major landmark in the town of Cahir.

The church is one from the few of the Regency period to have most of it’s original interior layout, the most important features being the exquisite plasterwork ceilings and decoratively-carved pine pews, with individual doors. St.Pauls is also a well-maintained and richly-decorated church.The church has a vast array of memorials including some from The Butler family and the Denny family, made famous for their pies!

The main feature of the church yard is it’s only tomb, that of the Glengall Butler family, who instigated the building of this wonderful church, one of the premier architectural attractions of Cahir and a wide area beyond.

The Glengall family Mausoleum & Vault is made from a mix of marble and Aberdeen granite and was erected by Margaret Lauretta, the Countess of Glengall on the death of her husband, Richard Butler, 2nd Earl of Glengall in 1858. At the same time, the very influential Lady Emily Cahir & Dowager, Countess of Glengall who died in London some time before in 1836 was brought home to rest and also interred here.

The Vault holds a total of four beautifully decorated coffins inside, with the bodies of Margeret Lauretta herself together with their youngest daughter Lady Matilda Butler who died at the young age of 24.

Richard Butler Charteris, grandson of the 2nd Earl Glengall remained in the nearby Cahir Castle until he died in 1961 ending a 600 year association between Cahir and the Butlers.
He chose to be buried in St Pauls parish graveyard at Kilcommon.

It is acknowledged that architecturally speaking, St. Paul’s church is the next most important building in Cahir Town, after Cahir Castle.

Most areas of the church and grounds are disabled friendly with disabled parking just outside the church gates. Tea, coffee and cakes are also available with the guided tours.
The church hall, previously a small parish school and situated beside St Pauls church is also available to view on request.

Wonderful views accross the river and towards the Castle can be enjoyed during your visit and parking for coaches is available just opposite St Pauls at the train station. 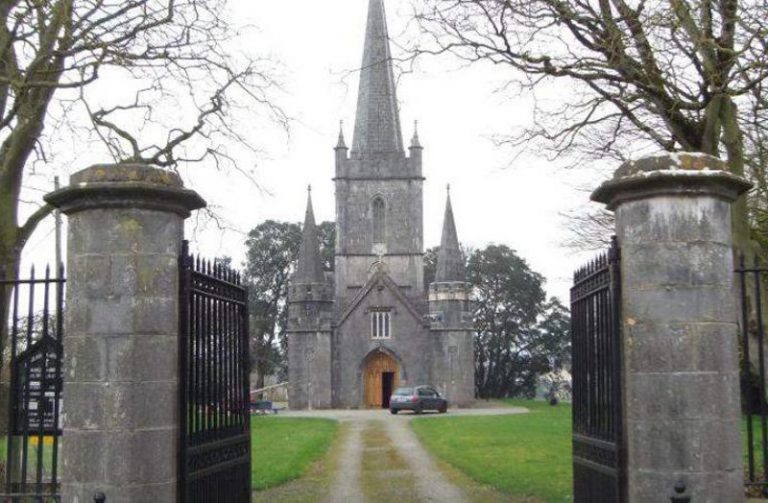