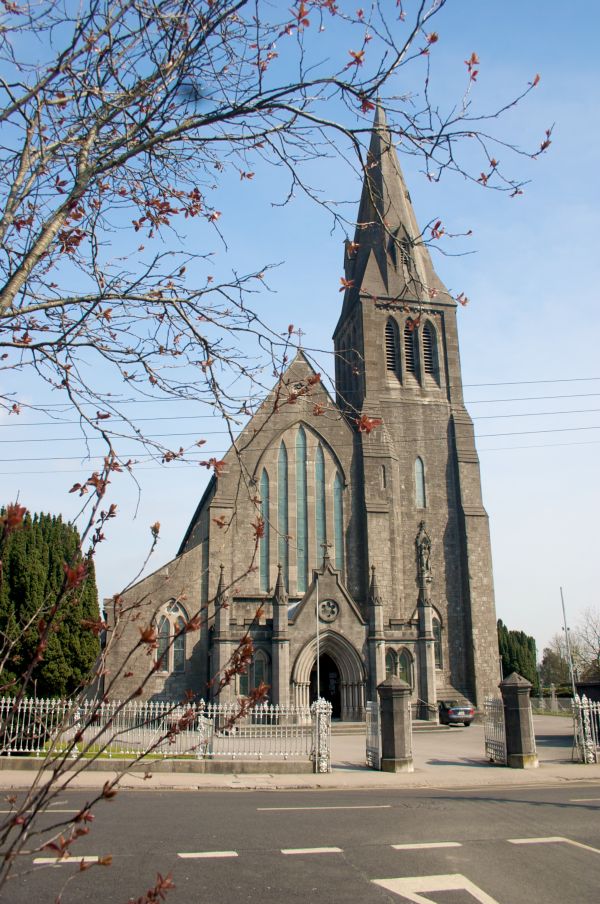 St Michael’s Church has a very fine stained glass World War 1 Memorial Window in the side Chapel of Adoration. This chapel is to the right of the main altar of the church, and the memorial window is on the left-hand side of the chapel.This window honours the memory of Major John Carlon Markes, who was killed in action on Wednesday 19 th. July 1916, aged 36. The Battle of the Somme, one of the greatest battles of World War 1, began on July 1st. 1916. At the time of his death, Major Markes was serving with The Leinster Regiment, but had formerly served with The Lancashire Fusiliers. Before World War 1, he had served in The South African Campaign and been mentioned in despatches for distinguished service.

He was twice mentioned in despatches during his service in France. Major Markes was the son of Mr. and Mrs. Alfred Markes. His wife, Philomena Markes of Glenlara, Tipperary was formerly Philomena Ryan, a niece of Canon Arthur Ryan, Parish Priest of St. Michael’s Church, Tipperary Town from 1903 to 1922. Canon Ryan was a staunch Nationalist, and like many others encouraged by John Redmond, he supported the involvement of Irishmen in the European war which began in 1914, as a way of achieving Home Rule for Ireland after it. During the Christmas season of 1916, the Canon travelled throughout The Western Front in Flanders, Belgium, visiting and ministering to regiments of the 16th Irish Division on the battlefields.Major Markes is buried in grave number L 27 of Carnoy Military Cemetery, in the region of The Somme in Northern France, not far from the town of Albert. Over 850 Allied casualties of 1914 to 1917 are commemorated in this cemetery. The Battle of The Somme began on 1st. July 1916 and lasted until 19th. November 1916. During that time, the British and French Allies lost over 620,000 men and the Germans lost about 450,000.
The memorial window in the side chapel of St. Michael’s Church, Tipperary is a detailed rendition of an officer in British Army uniform, beneath an image of The Virgin Mary wearing a halo. The officer is kneeling hatless in prayer upon a tassled cushion, with a rosary in his hand. He is wearing spurs, a leather sword belt, the red collar tabs of a Staff Officer, and medal ribbons.

In front of him on the ground is his officer’s cap, with his leather gloves folded inside; and his officer’s sword lays beneath it, with the hilt visible beside the cap. Researcher for The Fame of Tipperary Group, Tipperary Town, Ireland. 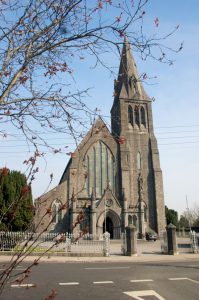