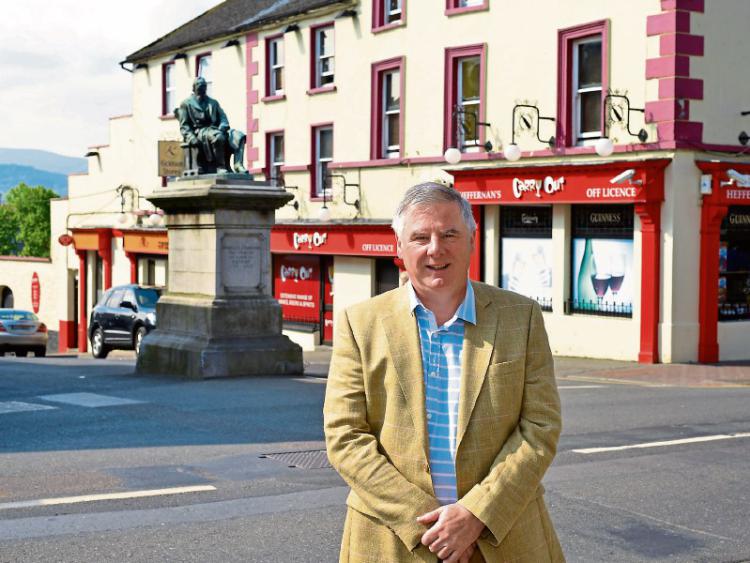 A Tipperary town councillor has slammed the condition of some roads in the town and says they are contributing towards accidents.

Cllr Denis Leahy claimed that some road surfaces are ‘unbelievable’ and ‘desperate’.

He was speaking at a meeting of the Cashel Tipperary Municipal District Council where he raised the condition of the town roads.

Town Engineer Aidan Finn agreed that traffic in the town was a problem and a relief road was needed to remedy it.

Cllr Leahy had claimed there was ‘traffic chaos’ in the town.

The town centre businessman said the problems extended as far as the Cashel Road.

He described traffic at Bridge Street and Davis Street as ‘unbelievable’ and claimed there was a pressure point running into the middle of the town, meaning it took him about twenty minutes to get to the lights in Bridge Street.

Cllr Leahy said some businesses are suffering and said tht at least one delicatessen has reported that a customer had stopped going into the middle of town as it is ‘not friendly anymore’ as it takes so long to get across town.

“I am very sceptical. The cost of what we did. The cost to the town is increasing. It’s obvious there’s huge pressure coming into the Limerick road area”, he added.

Cllr Leahy said there was much more damage to the Main Street than just “cosmetic” damage.

“The whole surface needs to be replaced. The whole road is collapsing. It’s in a desperate state, right out to the graveyard”, he told the meeting.

He said there had been five to six accidents near the Limerick Junction.

Road markings at a road island there were ‘faded and dirty’ and lighting there is inadequate, meaning some commuters are staying out at the Bit & Bridle pub car park.

“The level of traffic is back to what it was in 2011. That is down to Kickham Street.

“Tipperary needs a bypass and a relief road, but it’s up to ourselves to make that decision”, Mr Finn said.