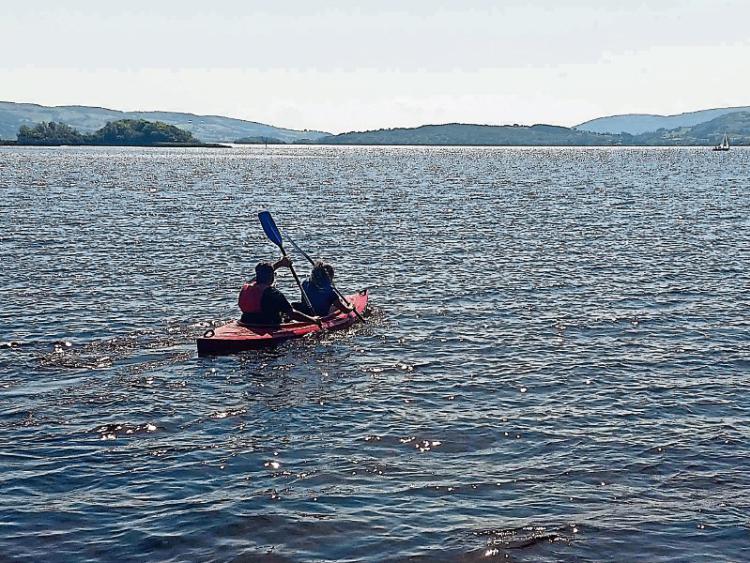 Tipperary tourism is so strong at present that there is a shortage of bednights in the county, it has been revealed.

The news comes following a visit by TUI, the world’s leading tourism company, to the Premier County.

“The self-catering sector is strong,” Margaret O’Sullivan of Tipperary Tourism Company Ltd. Expanding it needs to be explored and developed.”

With hotels and guesthouses booked up around the Lough Derg region, she said that there was a need to reopen the hotel in Portumna, and even though it was not in Tipperary it benefitted Tipperary tourism.

Ms O’Sullivan said that the reopening of the former Kincora Hotel in Killaloe, County Clare, was also an advantage to the county, and lamented the continued closure of the Sail Inn in Dromineer on the shores of Lough Derg.

She pointed out that Tipperary also benefits from tourists who stay in Birr, County Offaly, and in Limerick city and county.

Tipperary Tourism Company Ltd and the Lough Derg Marketing Group hosted Michael Goodliffe of TUI, who was here at the invitation of former councillor John Sheehy; Mairead Tierney of Paddy’s Bar in Terryglass, and Todd McNamara, who is involved in self-catering holidays.

Mr Goodliffe deals mainly with the German and Nordic markets, and Ms O’Sullivan said that the Germans liked our heritage, but that, along with the French and Italians, loved fishing on Lough Derg, especially pike fishing.

“Fishing is all-year-round. Some local gillies will only deal with German, French or Italian anglers. It is a big boost to the local economy,” she said.

Ms O’Sullivan also pointed out that the Lough Derg Blueway and canoe trails are due to start in 2018, while the River Suir Blueway was open in Clonmel, where they have the biggest slalom course outside of Dublin.

While Mr Goodliffe was here, he looked at the potential of the Lough Derg region and sampled a trip on Lough Derg on the Spirit of Killaloe, as well as checking out Holy Island, which has recently been bought by Clare County Council and is one of the foremost heritage sites in Ireland.

However, he also looked at Donegal, Cork and Kerry, giving an indication of the competition Tipperary faces on the tourism front.

But Ms O’Sullivan said that tourists don’t mind travelling and are prepared to base their holidays around Tipperary.

“They love the peace and tranquility of the area. They want the slower tourism holiday,” she said.

The tourism officer said that Tipperary can expect to see the benefits of the TUI visit in 2018 , and while there was an opportunity to develop tourism, those thinking of getting involved in the industry needed to be developing their projects now.

“Don’t leave it too late,” was her advice. “Tipperary Tourism Company Ltd and Lough Derg Marketing Group are there to help.”

Earlier this year, RTE’s Nationwide featured Lough Derg and Ms O’Sullivan revealed that holidays had already been booked on the strength of the programme.

“We got tremendous feedback,” she said.

They are also expecting good results from a recent visit by RTE’s Mary Kennedy to Ormond Castle outside Carrick-on-Suir and a broadcast by 2FM from Banba Square in Nenagh.

He described Holy Island, the ancient monastic site in Lough Derg newly-acquired by Clare County Council, as having the potential to be Lough Derg’s Skelligs, the island off Kerry that featured in the last Star War movie.

Mr Goodliffe said that the company he works for, TUI, had a market of 200 million people through its operations in Germany, Austria and Switzerland.

“The Germans love our heritage, our monastic sites, as well as our rivers,” he said.

“We showed them around and they believed in what they say. They went back with it in their heads,” he said.

TUI are looking at an all-year-round market, but see scope for winter activities such as hill walking and golf that can’t be experienced on the Continent in the winter.

“They like our people and the landscape. The weather is of no importance to them at all,” said Mr Goodliffe.

He said that what Tipperary and the Lough Derg region has to focus on is what is naturally there.