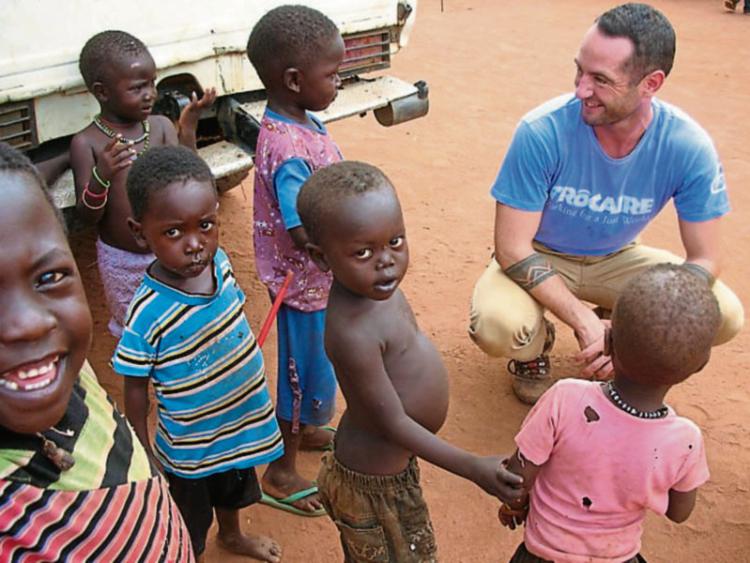 THE DIOCESE OF CASHEL AND EMLY HELPED RAISE €142,715 LAST YEAR
Admirable communities throughout Tipperary continue to support hundreds of thousands of people living in devastating poverty across the world today.

The Diocese of Cashel and Emly helped raise €142,715 last year for Trócaire’s annual Lenten campaign and the charity are urging Tipperary community heroes to continue making a difference.

Ash Wednesday (March 1st) marks the start of this year’s Lenten campaign with almost one million Trócaire boxes being distributed across Ireland.

Executive director of Trócaire Eamonn Meehan says as well as helping people to lift themselves out of poverty, Trócaire also provides life-saving aid to people when disaster strikes.

He highlights that with continued support from locals in Tipperary, Trócaire will provide emergency aid to almost one million people facing floods, storms, droughts and other disasters. “On the Trócaire box this year people will see Miriam and her six-year-old daughter Maria. They live on the north coast of Honduras, which is the area of the world most affected by climate disasters. Thanks to our loyal supporters across Ireland, we have trained people in the village on how to evacuate safely. We have dug a canal that allows Miriam, Maria and the rest of her community to escape the flooding. When the storms come, we provide them with the aid they need to survive and rebuild. We can’t stop the storms from coming but we can help to ensure that people in the village are safe when they do come,” Eamonn continues.

Trócaire is working in over twenty countries across the developing world. In recent weeks the UN declared a famine in parts of South Sudan and Trócaire predicts that the situation will inevitably get worse.

“People are living on berries and leaves in South Sudan and things are getting worse. Right now 100,000 people are in famine and do not have enough food for the day let alone tomorrow or next month”.

The conflict in South Sudan has been ongoing since the country gained independence in 2011. Years of war has forced two million people from their homes to neighbouring countries. People have no source of income or means to get food. Drought and crop failure have compounded people’s vulnerability. As a result millions of people are dangerously close to starvation.

Trócaire has been working in South Sudan for over 40 years and is providing aid to thousands of people. “The number of people affected by humanitarian disasters such as floods, drought and conflict has doubled in the last decade. Extreme weather and conflict are hitting the poorest hardest.

“With your support, we are there to provide life-saving aid and we hope to reach one million people facing crisis this year thanks to our supporters across the island of Ireland,” he adds.

Trócaire boxes are available from parishes throughout Tipperary, through trocaire.org or by phoning 1850 408 408. People can also download a free Trócaire box app for their mobile phones or tablets. The app is available from the Apple App Store or Google Playstore.