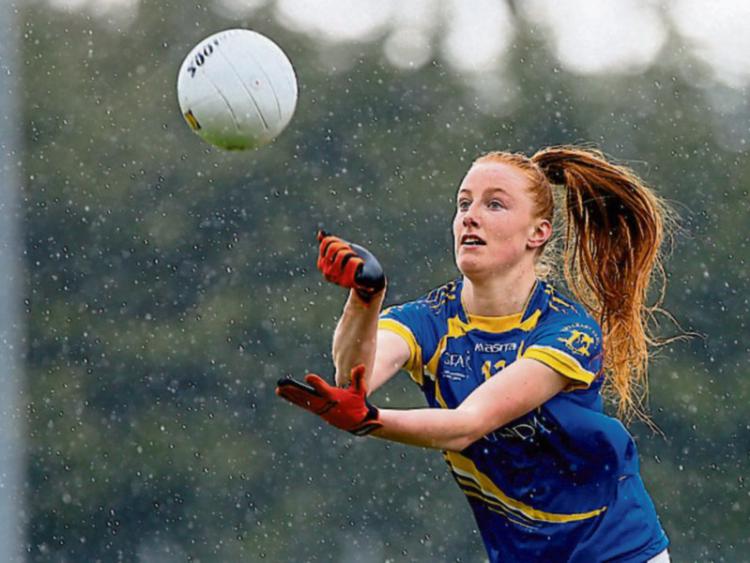 Tipperary ladies footballers maintained their unbeaten run in the league with a win over Leitrim at Ardfinnan, 4-13 to 2-12

From the throw in Orla O’Dwyer kicked the ball straight into the back of the net after a pass from Aishling Moloney which Caoimhe Condon had collected from the throw in.

Tipperary had the start they needed and added to it when Aisling McCarthy pointed a free in the fourth minute. Carla LeGuen replied in the seventh minute with a green flag for Leitrim and Michelle Heslin equalised the game with a point in the ninth minute.

Aishling Moloney hit back with a Tipp goal. Michelle Heslin, Roisín McHugh and Bronagh O’Rourke added three further points for Leitrim’s, equalising the game again. Not having scored for ten minutes Tipperary found their kicking boots again starting with an Aisling McCarthy pointed free on the twentieth minute which she quickly followed with another point. Tipperary added three further points from Aishling Moloney, Gillian O’Brien and Aisling McCarthy (free). On the twenty eighth minute Mairead Morrissey traded points with Roisín Fowley. The final scores of the first half were two pointed frees from Aisling McCarthy leaving the half time score Tipperary 2-9 Leitrim 1-5.

The opening point of the second half was from Mairead Morrissey in the first minute. Having been denied a goal in the thirty third minute, when it was caught by Michelle Guickian, Aishling Moloney made no mistake in the thirty sixth minute and raised the green flag for Tipperary.

Michelle Heslin reduced the deficit when she scored a point and a goal. On the fortieth minute Orla O’Dwyer returned the margin to ten points when she netted the ball for Tipperary.

The next two points were for Leitrim’s Roisín Fowley. On the fifty second minute Niamh Lonergan and Bronagh O’Rourke traded points. Two more points from Ailbhe Clancy and Carla LeGuen reduced the margin to six points. Aishling Moloney added a point to Tipperary’s score line before Carla LeGuen pointed for Leitrim. The final score of the game was a pointed free from Aisling McCarthy.