‘Say cheese’ for new Tipp firm in US venture 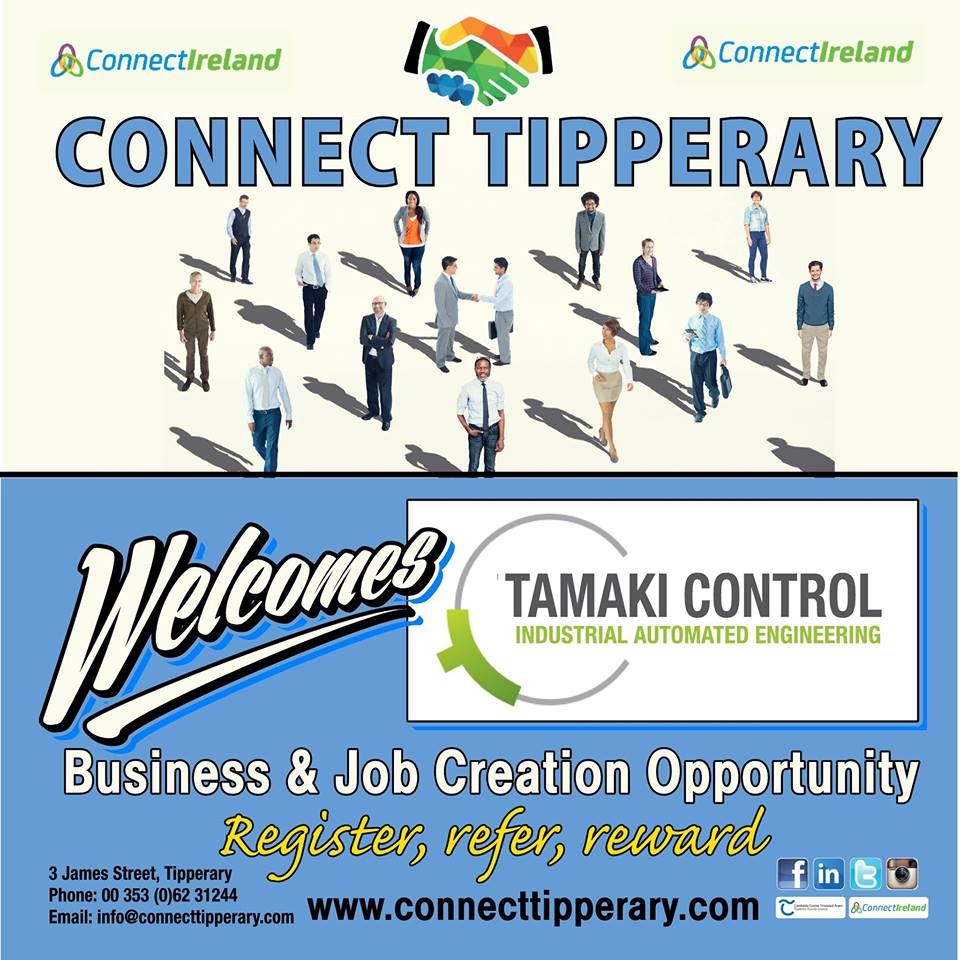 A New Zealand engineering company has set up a European base in Dundrum to provide an automated processing system for the biggest cheese plant on the planet in New Mexico.

The arrival of the company in Tipperary came about through the Connect Tipperary pilot scheme launched last November by entrepreneur Terry Clune.

The Tamaki jobs are the first to be created in Tipperary as a result of the project .

The connector who kick started this success story was John Lewis of Tipperary Co-op who was aware Tamaki was interested in setting up a European base.

“I was involved with Tamaki for about twelve months previously through Tipp Co-Op. I attended the Connect Tipperary launch and a few months later I had a meeting with Derek and because I was aware he was looking for a European base in Ireland I suggested Tipperary and it went from there,” said Mr. Lewis.

The location was hand picked by the founder of Tamaki Derek Turnbull who recruited a team of a half a dozen software engineers to work from Dundrum.

The team was assembled to oversee the design, simulation and operation of a processing system for a $140 million expansion of Southwest Cheese in Clovis, New Mexico.

The investment was announced by Glanbia, together with their joint venture partners in Southwest Cheese.

“It already was the biggest cheese plant on the planet and now they are expanding it by 30%” said David Turnbull.

Tamaki was established in New Zealand by Mr. Turnbull in 1988, and among their clients over the years were Glanbia,

Richard O’Keeffe, business consultant who is sponsored by Tipperary Co-Op to work on the Connect Tipperary project, said he was following up a number of contacts made that could lead to similar success stories.

“The Tamaki jobs in Tipperary , which could reach up to fifteen in time, were the first to be created by Connect Tipperary and we are hoping that is just a start” he said.