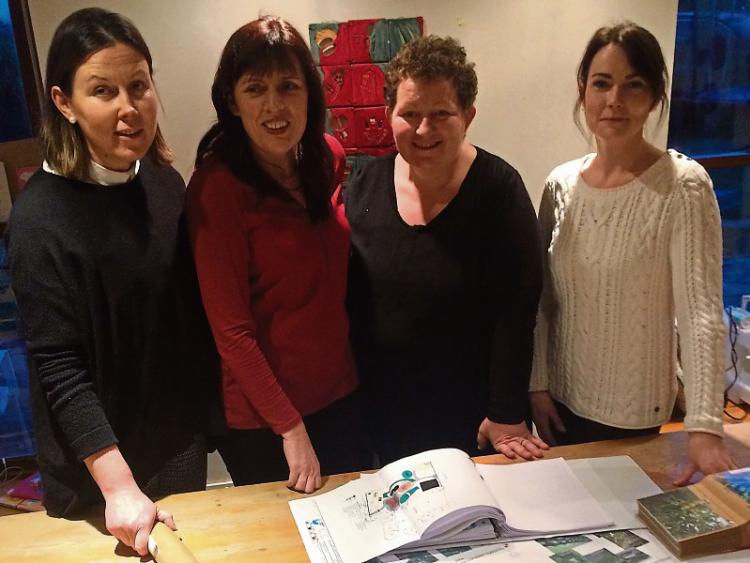 A major fundraising drive is underway in the village of Two Mile Borris with hopes of building a ‘first of its kind in Ireland’ sensory play garden later this year.

On Thursday 16th March, the Two Mile Borris Development Group are hosting a concert in Two Mile Borris church featuring the Tipperary Gospel Choir and are aiming to fill the seats and raise some much needed cash to get the project off the ground.

“We did a lot of research and based the design on examples from America, France and Europe – looking at what they were doing. There isn’t any playground like this in the country that we know of yet and we expect it will become a demonstration garden for other groups across Ireland in years to come,” committee member Ann Commins told the Tipperary Star this week.

The garden, which will include an archaeological pit, outdoor play kitchen, potting station, bug hotels, mini amphitheatre, sand pits, water features and picnic area will differ from a traditional playground focusing more on sensory play and a “return to nature.”

According to Ms Commins, it is estimated that around €30,000 will need to be raised locally for the project, with the development company hoping to secure the remaining funding from LEADER. To date the group have raised over €18,000 over the last three years through cycles, vintage tractor runs, concerts and teen discos

The group also hope to develop the garden as a tourist attraction for passing motorists due to its close proximity to the motorway.

“We want it to be a place where families can stop for a break, older people can come and enjoy the biodiversity aspects and students will visit as school tours or days out. All of this activity will in turn help sustain the village,” she explained.

The Tipperary Star is delighted to have teamed up with Two Mile Borris Community Development Group who have kindly offered two tickets for one lucky reader for the concert on March 16th. To be in with a chance of winning simply email your name, number and address with “Two Mile Borris” in the subject line before March 14th to niamh.dillon@tipperarystar.ie or post your entry to Tipperary Star competition, Friar Street, Thurles.
www.tipperarystar.ie