FAI brings its Festival of Football to Tipp for first time 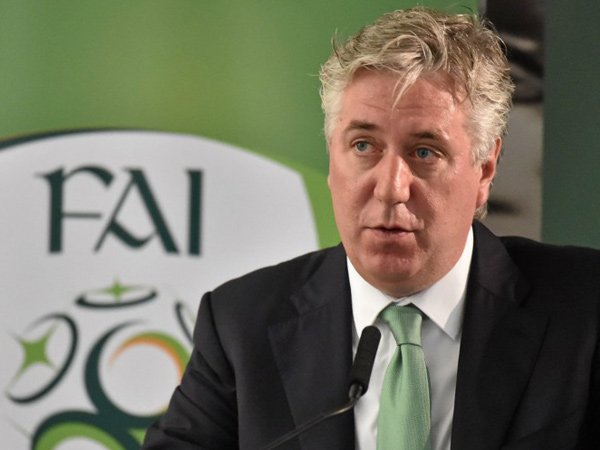 A spectacular festival of football will kick off in the county this Sunday. Tipperary will host the FAI bandwagon, fresh from the success of Euro 2016, for a week long celebration of football. Thirty clubs throughout the county are on the FAI itinerary.

Ray Houghton and John Aldridge are among the football legends expected to attend coaching clinics, pitch openings and medal presentations during the week. Ireland manager Martin O’Neill is also expected to make an appearance at some stage during the week.

“I’m delighted to bring the Festival of Football and AGM to the county where I grew up for what promises to be a memorable week that showcases the great work being done in football development in Tipperary,” said Delaney.

This will be the first time that the Festival of Football and AGM has visited Tipperary following previous years in Kerry, Mayo, Monaghan, Wexford, Clare, Donegal, Wicklow, Westmeath, and Sligo/Leitrim.

The FAI Coach Education Department will run a festival in tandem for the week to offer a unique opportunity to complete introductory level coaching courses and workshops, while football fun days will take place in Nenagh, Cashel, Cahir, Carrick on Suir and Thurles.

The FAI will make equipment, funds, match tickets and services available to clubs in Tipperary to mark the county’s hosting of the 2016 FAI AGM.

Around 250 delegates representing every League and divisional association in Ireland are expected to attend the AGM and will arrive in Tipperary ahead of the Delegates’ Dinner in the Hotel Minella, at which the FAI will announce its Aviva Club of the Year as well as presenting the following national awards: the John Sherlock Service to Football award, Noel O’Reilly Coach of the Year, the Jeremy Dee Services to Women’s Football award and the FAI Communications.

Tipperary Town FC will open their new sports field on Saturday, July 23 and Sunday 24, in conjunction with the FAI Festival of Football Tipperary 2016.

Events will commence at 7pm on Saturday evening where there will be an over 30s match. On Sunday the gates open at 4pm and event’s include 1st team and B team matches, boys and girl’s U14 /5-a-side, Tipperary town school girl’s U16 V Cashel U16 and the MooreHaven penalty shootout.

On Sunday evening the eagerly awaited football match that kicks off the FAI Festival of Football to the County of Tipperary will take place in Cooke Park in Tipperary town. The Irish Masters Team visit Cooke Park ( 7.30.) tol play a selection of past players from St. Michaels AFC as well as former players who played in the TSDL League over the years.

The Irish Masters Football team, which is jointly supported by the FAI and PFAI, helps to highlight health and well being amongst players who have recently retired from the professional game and encourages them to stay active and involved in sport.