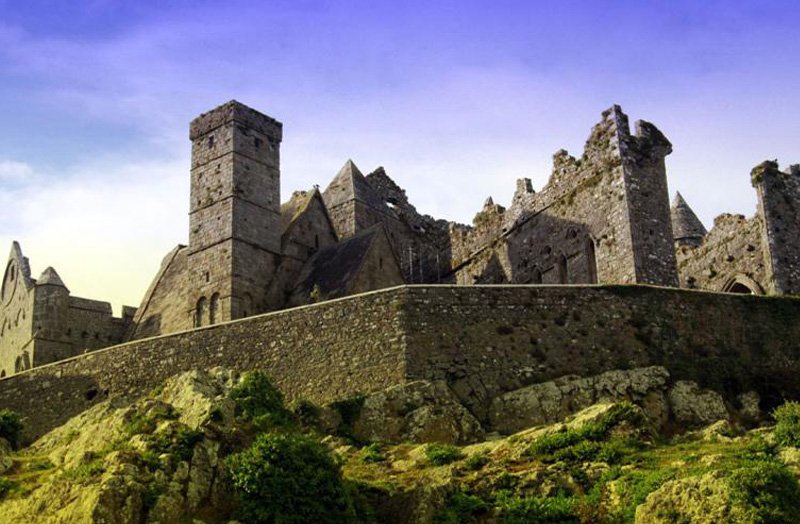 One of Ireland's most visited sites, the Rock of Cashel is a spectacular collection of medieval buildings set on an outcrop of limestone in the Golden Vale.ﾠIt's also known as St Patrick's Rock. It is located just 500 metres from the centre of Cashel Town, County Tipperary

The ruins include a 12th-century round tower, high cross, Romanesque chapel, 13th-century Gothic cathedral, 15th-century castle and the Hall of the Vicars. It is believed to be the place where St Patrick converted the King of Munster in the 5th century.

The site includes an audio-visual show and exhibitions.