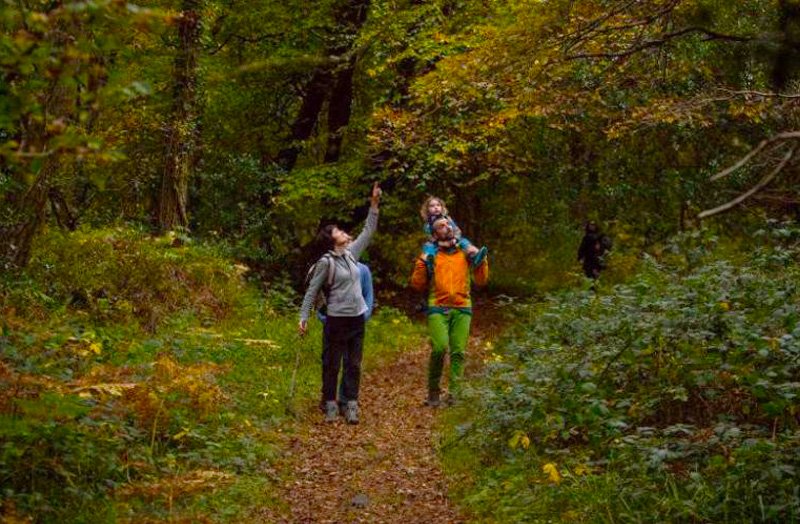 Gortavoher forest rests on Slievenamuck hill, in County Tipperary, which forms one side of the valley of the Glen of Aherlow, the other side being the impressive Galtee mountains.ﾠAherlow is derived from the Irish Eartharlach that translates to "low land between two high lands".

The area is steeped in history and folklore. Slievenamuck (Sliabh Muice in Gaelic which translates as "Mountain of the Pigs"), is believed to derive its name from the herds of wild pigs that once roamed the valley. Indeed, legend has it that it was on this hillside that Fionn mac Cumhaill slew the dangerous sow Beo, who was causing havoc in Munster at that time.

Also notable, is Charles Bianconi's horse drawn carriage services that passed through the forest in the 1800's via the local Coach Road stopping point. Bianconi was an Italian who played a major role in the development of coach services distributing both mail and passengers throughout Ireland. A section of one of these routes has been restored within the forest.

The car park at Christ the King offers some magnificent panoramas of the mountains and the farmland in the valley below. "Christ the King" refers to the landmark 16 foot statue that was erected in 1950 to commemorate the Holy Year. Access to the Nature Park and a number of National looped trails begin here.

The woodland itself is mainly conifer with pockets of native Scot's pine, mixed and broadleaf woodland dispersed throughout. The area around Ballynacourty has a number of specimen trees to look out for, part of the legacy from its days as part of the landlord's estate. Wildlife includes foxes, red squirrels, badgers, rabbits, pheasants, cuckoo's and a host of woodland song birds.

This is one truly scenic destination offering the visitor a wide variety of options. There are a multitude of forest walks to choose from, a nature park to explore, a number of viewing areas and car parks to spend the afternoon, whilst taking in the stunning vistas of the Galtee's and surrounding countryside.

It is no surprise that visitors return time and time again to this hidden gem.

Direction: 5 km south of Tipperary town on the R664 road to the Glen of Aherlow, beside the statue of Christ the King