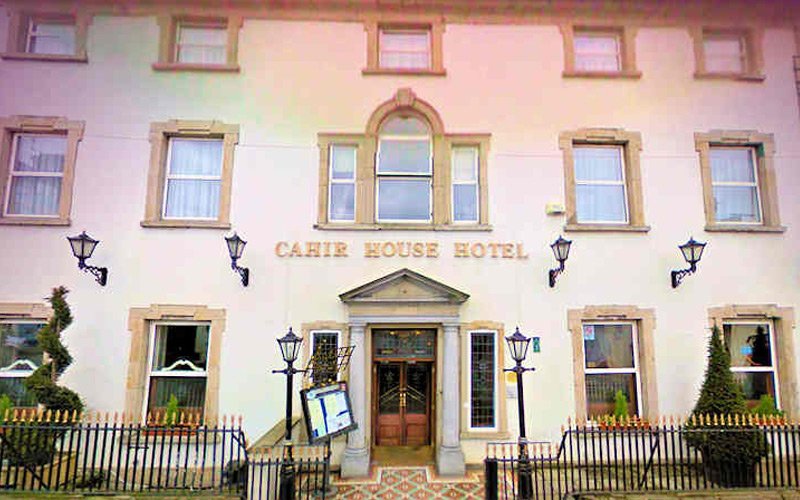 A truly magical residence that blends the warmth of a Historical Town House with the style of a contemporary Irish hotel, Cahir House Hotel is the leading 3 star hotel in Cahir, Inside, the warmth of the blazing fire, is matched by the warmth of the welcome. This former manor house offers luxury 3 star hotel accommodation in Cahir and is the ideal base for your hotel break in the South East of Ireland.

Cahir House Hotel is steeped in history, with the main tourist attraction in Cahir being the Island in River Suir, on which sits a medieval castle, Cahir Castle, once a strong hold of the Butler dynasty, Cahir House replaced Cahir Castle in the 1770s as the ancestral home of the Butlers of Cahir, whose titles include Barons of Cahir and Earls of Glengal l. For sixty years Cahir House was home to Lord Cahir's family until 1853, when Richard, Earl of Glengall was declared bankrupt and the entire estates were sold.

However, twenty years later, his daughter, Lady Margaret succeeded in repurchasing Cahir House and the entire Cahir estate and retained ownership until 1961 when her son Richard Butler Charteris died, thus ending a 600 year association between the Butlers and Cahir. In 1927, Miss Nora Burke leased the premises and open Cahir House Hotel, for over forty years, the reputation of the hotel as a family run, warm, welcoming and hospitable establishment spread far and wide. Indeed, the visitorﾒs books include such names as Eamon De Velara, W.T Cosgrave, Mae West, Douglas Fairbanks, Walt Disney, Jackie Kennedy to name but a few.

Cahir House Hotel is still a family run hotel, of which we are very proud, the legacy of genuine warmth and accommodation continues to incorporate the ideals and integrity of a time gone by with a modern efficiency and professionalism. Situated centrally in Cahir, Co.Tipperary, Cork, Waterford & Shannon Airport, Cities such as Kilkenny, Cork, Waterford, Limerick, a mere 1 hour drive away from Cahir House Hotel.