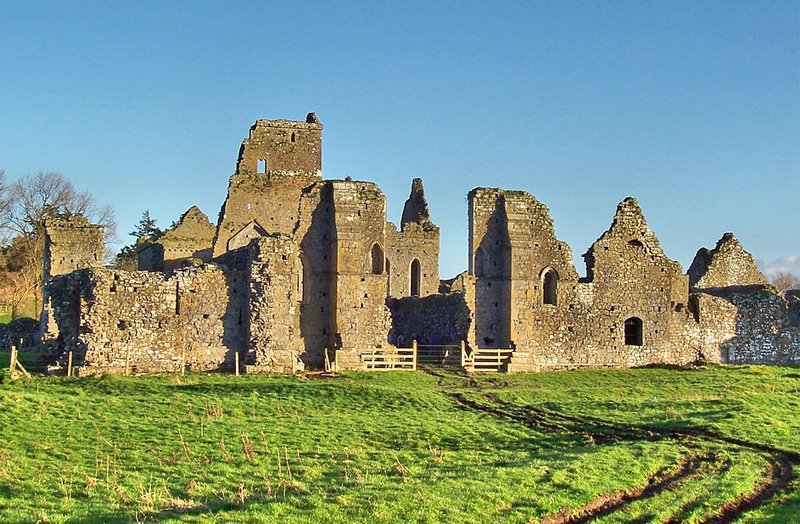 The remains of Athassel Abbey can be found in Golden, a village about 7km from Cashel, County Tipperary. The abbey was built for the Augustinians by William Fitz-Aldhelm de Burgho in the 12th century. It was one of Ireland’s most extensive monasteries, stretching out over beautiful 4 acres of land along the banks of the River Suir Athassel Abbey, an Augustinian monastery established in the 12th century and dedicated to St Edmund.

It is the largest medieval priory found in Ireland. It burnt down in 1447 and the monastery was dissolved in the 1500s.The buildings were subsequently neglected and fell into ruin.

The nave of the Abbey is today used as a cemetery, and among the many bodies laid to rest in the chapel is that of William de Burgho, the man who established Athassel over 800 years ago.