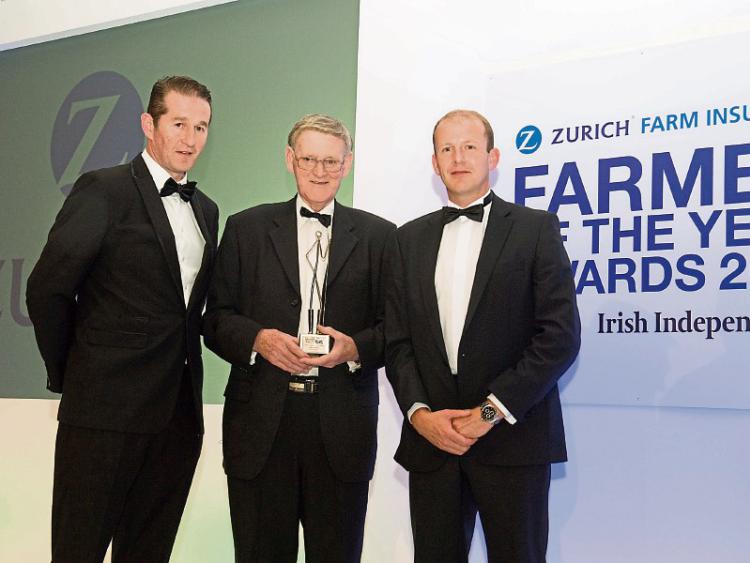 Two Tipperary men, Jack Murphy from Clonmel and Martin Ryan from Newport, have been named as winners at the nationwide Farmer of the Year Awards.

Jack Murphy was one of two farmers who took home the gold in the Excellence in Farm Safety category, while Martin Ryan was attributed the Lifetime Achievement Award for his outstanding work in agricultural journalism.

The Zurich Farm Insurance Farming Independent Farmer of the Year Awards, now in their fourth year, recognised excellence in all areas of the Irish farming industry, aiming to shine a light on one of the most successful and important sectors within the Irish economy.

Having overcome tough competition to take home top accolades, category winners on the night were presented with a cash prize of €2,500 at the special awards ceremony for their achievements.

The Farmer of the Year Awards, sponsored by Zurich Insurance, featured six categories including Beef, Dairy, Tillage and Sheep. In addition, a special Grand Prix Award was taken home by Peter Hynes from Aherla, Cork, as the overall farmer for the year winner. See full winners list below.

Declan O’Halloran, Head of Sales & Agri Business for Zurich Insurance, said – “The Farmer of the Year Awards are designed to celebrate excellence across a wide range of farming categories and to reward Ireland’s farmers for their contribution to their communities and to society.

“Jack Murphy and Martin Ryan have set themselves apart in their fields and we’re proud to help recognise these accomplishments. On behalf of Zurich, Ireland’s fastest growing farm insurer and a title sponsor of this event, I would like to congratulate them, and the other winners of the 2017 Farmer of the Year Awards, as well as each and every one of those who were shortlisted. These Awards are a celebration of their successes and a showcase of some of the world-class work carried out by Ireland’s farming community, and it’s great to see them becoming an annual highlight in the farming calendar.”