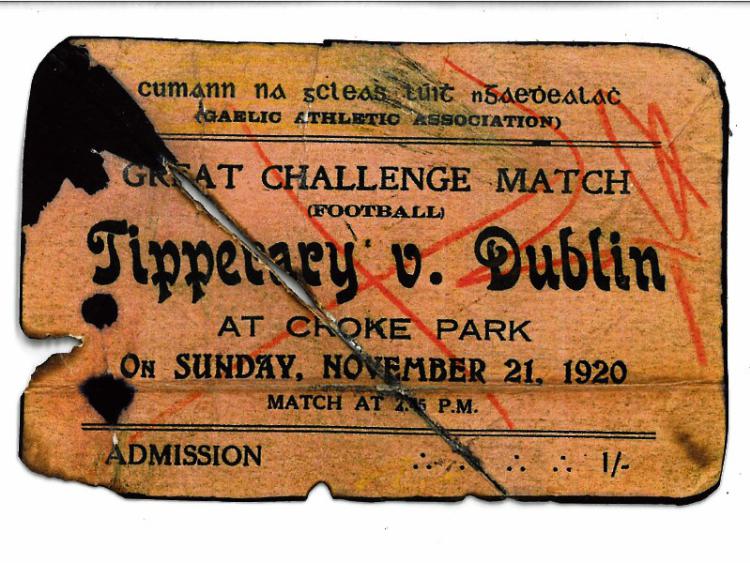 A ticket for the Tipperary v Dublin football match at Croke Park on Sunday, November 21, 1920 will be auctioned today.

The match became infamous in Irish memories as ‘Bloody Sunday’ when British Forces opened fire on spectators and players, killing Tipp footballer Michael Hogan and 13 others. It was in retaliation for the killing of British intelligence officers that morning on the orders of Michael Collins.

The match ticket from the tragic football match ‘Bloody Sunday is estimated to sell for €600 – €700.

The match ticket will go under the hammer with Fonsie Mealy Auctioneers at the Tara Towers Hotel, in Dublin. Extremely rare G.A.A. and other sporting memorabilia are included in the sale. 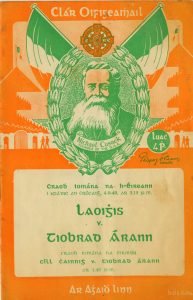 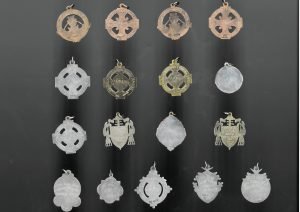