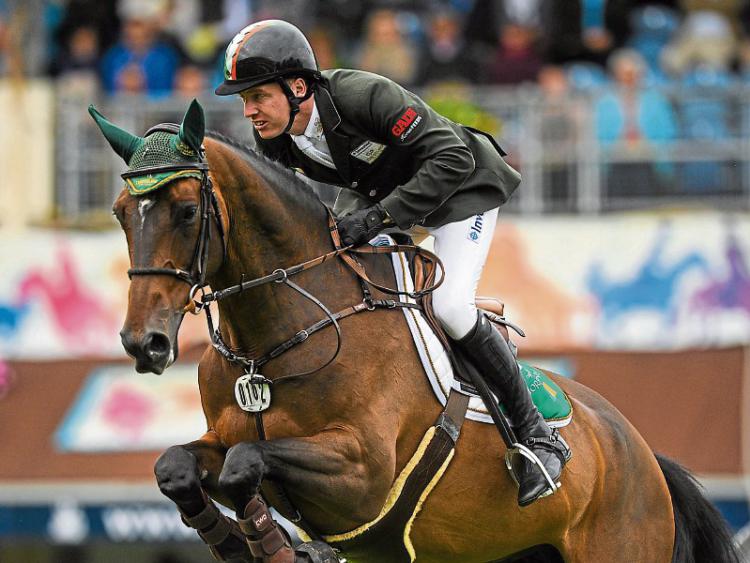 Tipperary showjumper Greg Broderick got the Dublin Horse Show off to a flying start for Ireland when he won the first main event on opening day.

The former Olympian took the top prize in the Speed Stakes on Zuidam.

It is the first of the big international competitions of the event and the Tipperary rider had almost a second to spare on his nearest rival.

Fellow Tipperary riders Denis Lynch and Shane Breen are part of the five man Irish squad for the Aga Khan Cup on Friday with both hoping to make manager Rodrigo Pessoa’s final four for the prestigious event.

Ireland will be up against Netherlands, Switzerland, France, Italy, Spain, Britain and USA in the glamour event.
www.nationalist.ie