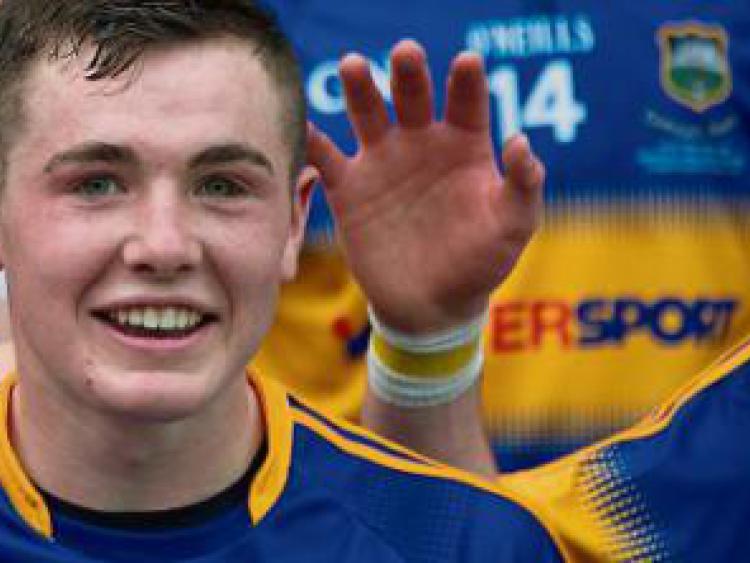 Limerick ………………….2.18
Tipperary minor hurlers overcame the first obstacle in the defence of their Munster and All-Ireland crowns when they defeated Limerick in a tight contest in Semple Stadium this evening .

Liam Cahill’s charges, the starting team included five of last years successful panel, saw off Limerick in the Munster minor hurling championship quarter final in Thurles setting up victory with a powerful start to the game and goals either side of half time which gave Limerick a lot to do .

Limerick stormed back into the game and Tipperary, who threatened to pull away on a number of occasions but failed to do so, had to rely on an injury time goal fromsubstitute Niall Hoctor after two points in time added on from Anthony McKelvey and Jake Morris had levelled the match for Tipp.

The St Mary’s man had only come on in the 57 th minute but he rescued Tipperary on this occasion after guiding home a wonderful pass from Conor Bowe to give his team a three point quarter final victory.

A five piont half time lead fror Tipperary was enhanced within seconds of the restart when Andrew Ormonde set up substitute Willie Barry for an excellent goal .

Limerick responded with a superb goal from Dylan O Shea to put pressure on Tipperary but the home team worked hard to protect their well earned lead.

Limerick had the margin down to just a point with ten minutes left in the game after registering some superb scores from David Wolfe and the excellent Paul O Brien.O Brien levelled matter s for Limerick with minutes left and a free and a ’65 from themarksman gave Limerick a two point lead with time running out before Tipperary pounced with a goal and two points in injury time.

The home side had a powerful start to the game with Conor McCarthy setting the tone with an excellent goal making the most of an intellligent pass from Jake Morris.

Tipp had five scorers in the opening fifteen minutes as Limerick struggled to cope with thier pace and power.Limerick however stormed back into the game having found themselves six points adrift after sixteen minutes.

They scored four points without reply to narrow the gap making the most of using corner forward Ryan Tobin as an extra midfielder.A stunning Limerick goal brought them back on level terms with two minutes to go in the first half.

Full forward Ronan Connolly, whose physical presence caused all kinds of problems for Tipperary, went on a solo run takingout a number of defenders before picking out the unmarked Dylan O Shea at the back post from a tight angle.O Shea doubled on the ball to find the net and Limerick were back on level terms.

Tipperary however responded with two scores from the outstanding Anthony McKelvey at full forward before corner forward Andrew Ormonde, again set up by the intelligent play from Jake Morris, picked up possession, accelerated away from his marker and finished to the net to give Tipperary a five point lead at the break.