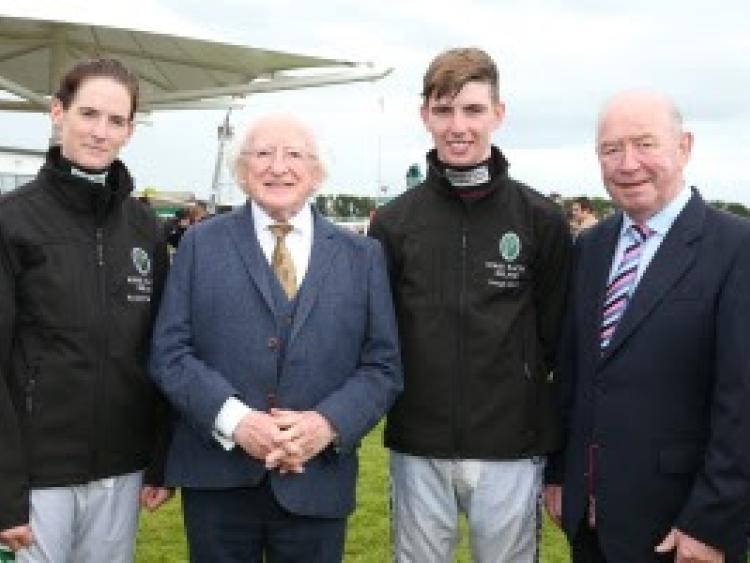 Tipperary jockey Rachael Blackmore and Kilkenny’s Donagh Meyler will fly out to Australia tomorrow to join Australian-based jockeys, Martin Kelly and Shane Jackson, who will make up the Irish team for the 2017 Australia v Ireland Jockey Challenge.

Killenaule’s Rachael rode 11 point-to-point winners and seven winners as an amateur rider before turning professional in March, 2015. One of only four female professional National Hunt jockeys in Ireland, Blackmore gained her first success in the paid ranks when Most Honourable, trained by ‘Shark’ Hanlon, was a winner at Clonmel on September 3rd of the same year.

Hanlon had also provided Blackmore with her initial success as an amateur rider when Stowaway Pearl won at Thurles on February 10th, 2011. Rachael enjoyed a notable success and her biggest winner to date when partnering the Ellmarie Holden-trained Abolitionist to land the €100,000 Download The Ladbrokes Exchange App Leinster National Handicap Chase at Naas on March 12th, 2017.

With 32 winners, Rachael became the first female jockey to win the Conditional Riders’ title in the 2016/2017 season. Rachael rode her first winner on the Flat when taking a conditions’ race at Killarney on May 16th, 2017 on the Denise O’Shea-trained Supreme Vinnie. She rode out her claim when winning the Oulart Maiden Hurdle on the Colin Bowe-trained Sweet Home Chicago at Wexford on June 21st, 2017. It was her 60th racecourse success. Rachael was the first female jockey to ride out her claim since leading amateur rider Katie Walsh achieved the same feat in May, 2008.

She will travel to the event with Donagh from Kilmacow, County Kilkenny. Donagh rode his first winner when taking the Athboy INH Flat Race on the Tony Martin-trained Anibale Fly at Navan on March 1st, 2015. He quickly established himself as one of the leading conditional riders and struck up a rewarding partnership on the Karl Thornton-trained Colms Dream on whom he won five races.

This is the 31st consecutive year that an Irish team has been invited to Australia to participate in the jockey challenge. There have already been 41 contests staged in the two countries, with Ireland taking the honours on 25 occasions, Australia winning 15 times and one draw.

Team Ireland won the Australia v Ireland Jockey Challenge last year and Irish Team Manager, Sean Lynch, is hoping for back-to-back wins: “We have a strong team heading over this year to join Martin and Shane in taking on the Australians and I’m very confident that we can win. It is a great experience for the jockeys who travel over and we receive the very best of Australian hospitality every year.”

Nominated by Thoroughbred Racing South Australia, respected jumps jockeys Martin Kelly and Shane Jackson live and work in Australia and the South Australian Racing Authority hopes that, including them in the Irish team, will encourage more Irish jockeys to travel to Australia. Martin has Von Doussa and Great Eastern victories to his name both aboard champion jumper Thubiaan, while Shane took this year’s Australian Chase aboard the Symon Wilde-trained Gold Medals.

This year’s competition kicks off at Murray Bridge on Wednesday August 30. The team will then travel to Morphettville Racecourse for Irish Day on Saturday September 2 to complete the challenge.

Brian Kavanagh, Chief Executive of Horse Racing Ireland, said: “I’d like to wish the Irish team the best of luck in this year’s Australian challenge. It’s a big honour to be chosen to represent your country and I am sure that Rachael, Donagh, Shane and Martin will do us proud and continue the winning streak for Team Ireland.”

Jim Watters, CEO, Thoroughbred Racing SA, commented: “The Australia v Ireland Jockey Challenge is always highly anticipated by both the jockeys and the spectators, and while we are thrilled to be welcoming two up and coming stars of Irish jumps racing to Australian shores, we hope that the Australian team can reverse last year’s result and keep the Challenge trophy in Australia this time around.”