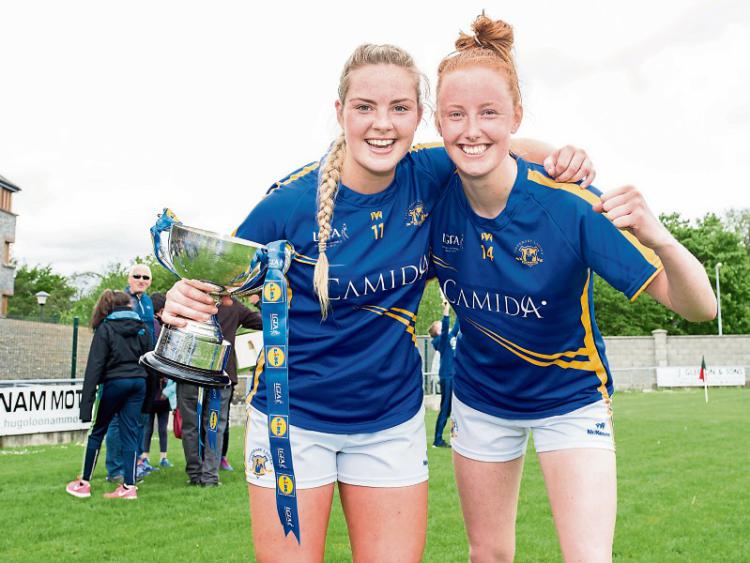 Tipperary defeated Wexford in the All Ireland Intermediate ladies football quarter final, 2-15 to 3-11,after a very exciting game which required extra time to separate the sides.

Both sides had periods of dominance but crucially Tipperary were never led during the game and in the end they just about survived a spirited late Wexford rally to maintain their superiority over a gallant Wexford team during the course of four games in 2017.

This result sees Tipperary advance to play Meath in the All Ireland Semi Final scheduled for August 26th.

Tipperary were first to score through an Aishling Moloney point. Wexford replied through a Bernie Breen point before Roisin Howard restored the Tipperary lead. Wexford levelled with a free after Tipperary goalie Lauren Fitzpatrick was adjudged to deliberate too long with the kick out.

Tipperary had a point from play and another from a free by Aisling McCarthy. Aishling Moloney then had a brace of points, the first a fisted effort from close in, followed by a trade mark long range kick.

Wexford were staying in touch with points of their own and had it not been for a superb save from Tipperary goalie Lauren Fitzpatrick, Wexford might well have hit the front. Tipperary led by 0-6 to 0-4 after fifteen minutes.

Tipperary pushed out the lead through a Gillian O’Brien point and another point from play by Aishling Moloney. The game’s first goal came to Tipperary on twenty eight minutes. From deep in defence a well worked move involving Niamh Lonergan, Jennifer Grant, Roisin Howard and Aishling Moloney was recycled to Aisling McCarthy who blasted to the net.

She followed up with a pointed free and as the teams left the field for half time Tipperary had opened up a six point lead, 1-9 to 0-6

After ten minutes of cautious play in the second half both sides had scored a point each, Aisling McCarthy on target from play for Tipperary. Wexford then seized the initiative and after some poor wides were rewarded with a good goal. The Tipperary response was another Aishling Moloney point. Wexford continued to press forward and another drive was parried over the bar to save a certain goal.

With the lead again down to two points Aishling Moloney kicked another super point. Wexford were not done yet and two minutes from time they scored the goal to level the game. Both sides held on frantically in the closing minutes to send the game to extra time. Full time Tipperary 1-12 Wexford 2-9.

The first period of extra time yielded a Tipperary goal and two points to Wexford being held scoreless. From the throw in Aishling Moloney was fouled en route to goal and while Aisling McCarthy scored the resultant free, the injury to Aishling Moloney would see her leave the game a few minutes later.

Orla O’Dwyer had point and then Tipperary’s outstanding player Aisling McCarthy made a great run up field before off-loading to Roisin Howard who finished to the net. Tipperary were now ahead by five points at the end of the first period of extra time. (2-14 to 2-9). Tipperary had the opening score of the second half an Orla O’Dwyer point when the goal option was tempting.  However just like the second half of normal time Wexford refused to yield and stormed back into the game. They responded with a goal and then followed with a point.

The lead was now down to two points. A Wexford free was lobbed into the square and the ball was tipped over the bar to save the day. The final whistle was greeted with much relief and great rejoicing by players and supporters alike as Tipperary held on for a famous victory against their arch rivals of 2017 a very worthy and sporting Wexford team.

The display of Aisling McCarthy throughout the eighty minutes from centerfield is worthy of special mention. Her commitment, determination  and endurance over eighty minutes must rank as one of the greatest displays ever by a player in a Tipperary jersey.

Apart from her impressive scoring tally for an outfield player both from play and placed balls she set up the crucial second goal which effectively won the game for Tipperary. Well done to all the players, panel and management team and god luck in the Semi Final.