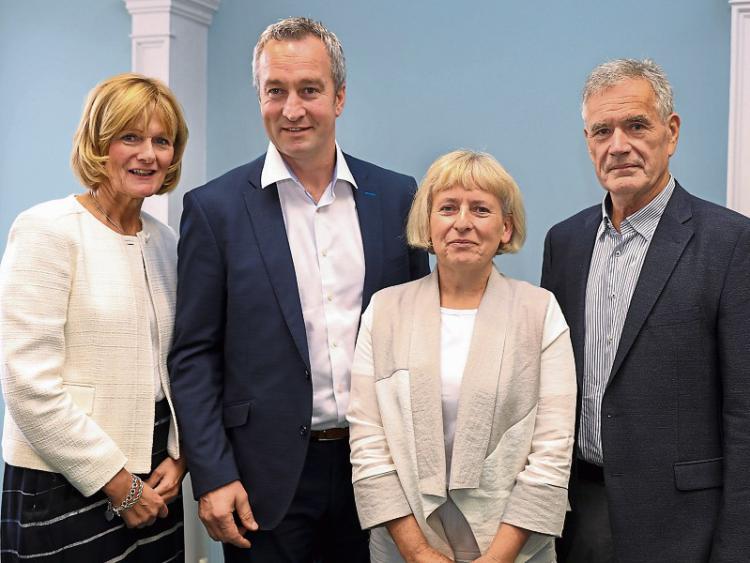 An innovative men’s health and well-being programme, the first of its kind outside Dublin, has been launched in Clonmel.

The Place4U centre in Clonmel identified the project and will implement it in collaboration with voluntary, statutory and private sector groups.

The programme is modelled on a very successful programme developed by the Larkin Centre in Dublin in partnership with Glasgow Celtic Football Club.

The Place4u scheme has been endorsed by Tipperary senior hurling manager Michael Ryan and Tipperary County GAA Board.

The programme, designed for men aged thirty plus, will start on September 15th at the Place4U centre in Clonmel and in the Monroe sports facilities at the Moyle Rovers GAA club.

There are still places available on the programme. Anybody interested in joining the first ten week men’s health and well-being programme can can contact 087 4407935 or 087 0965748.

The objective of the ten week programme is to demonstrate to men how they can take better care of themselves and support them in making healthier lifestyle choices.

He was impressed with the project and the team assembled to implement it.

“It is a fantastic opportunity for men to get involved with a programme that is capable of changing their lives for the better” he said.

A Tipperary All-Ireland winner as a player and as a manager, Michael Ryan said he missed the dressing room banter that he enjoyed as a player and taking part in sport was important socially as well as physically.

“I run and play indoor soccer which gives me a taste of the banter I had as a player so it is really enjoyable. Fitness is important for physical health but so also is the social element that comes with group involvement in sport” he said.

The core elements of the programme include cookery and healthy eating, health education, getting fit and active and health screening.

Place4U has assembled a project team to provide a targeted, integrated response to the presenting and complex issues confronting men and enable each to gain the practical skills and knowledge needed to make informed lifestyle choices.

VHI are sponsoring the health screening at the beginning and at the end of the programme.

Local link Tipperary are providing the transport to and from Moyle Rovers.

The ETB is providing experienced tutors to deliver the sports and cooking aspect.

South Tipperary Development Company are providing funding towards the evaluation of the initiative which is being conducted by Dr Noel Richardson.

Place4U have assembled key professionals from the community to deliver some of the health talk group sessions.

The programme will run over a ten week period, every Tuesday and Friday, starting with screening on Friday 15th September, with a commitment of four hours a week from the participants.

Place4U Chairman Michael Campbell said the programme was a new departure for Place4u.

He said the programme was a community project , one he believed, would be of enormous benefit to people.

Mr Campbell praised all those signed up in partnership to take on the programme and paid tribute to the “fantastic team” of volunteers that give so much time and energy to Place4U.

“Men are sometimes not the best for looking after their own health so this is an opportunity to introduce good habits so that they are more aware of how to look after themselves” said Mr Campbell.

Director Ann Binchy appealed to employers to give employees an opportunity to take part in the ten week programme.

“It would involve releasing workers for a few hours a week and I would encourage employers to engage with the project” she said.

She said the programme was a new departure for Place4U and the taking on of such a challenge represented another step in the development of the centre.

“Place4U identified this programme and we are looking forward to introducing it to this community.

“We have been delighted with the response from all the groups that have come on board in partnership with us to get this progreamme up and running” she said.

Veronica Crowe from the Education Training Board said they were delighted to be involved and were happy to make available to the project an experienced team of tutors.

“At the end of this ten week period it is hoped that the men will know how to exercise properly, will be able to cook nutritional meals, will lead a healthier lifestyle , and that they will feel better about themselves” she said.

Dr.Noel Richardson, Carlow IT, said the project was about supporting and enabling men to take decisions to improve their health.