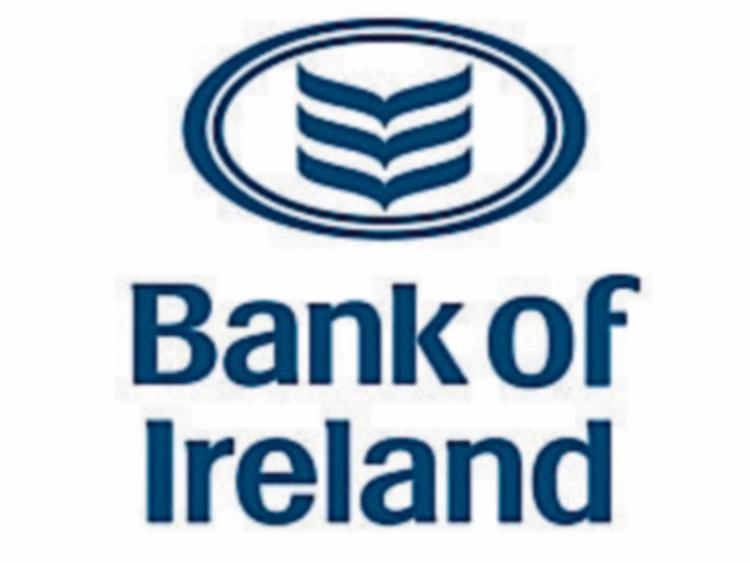 ‘ANOTHER SERVICE TAKEN FROM RURAL IRELAND’

Bank of Ireland has come under fire for closing the staff manned counter service at its Cahir branch and cutting the hours it offers a counter service in its Carrick-on-Suir, Cashel and Tipperary branches.

Tipperary county councillors have criticised the changes that mean customers attending the Cahir branch can now only use a self-service machine to withdraw and lodge cash while foreign exchange and coin transaction services are no longer available. Customers are also no longer able to withdraw sums of more than €1,300 from the branch.

In the bank’s Carrick-on-Suir, Cashel and Tipperary branches, the staff manned counter service for cash and coin lodgements and withdrawals and foreign exchance is now only available between 10am and 12.30am daily. After 12.30pm, customers must use the self-service machines for cash withdrawals and lodgements.

The changes came into effect on August 2 and have been rolled out to a large number of Bank of Ireland branches across the country. In the north of the county, the Bank’s Templemore branch has, like Cahir, lost its counter service while Roscrea and Thurles are now operating a reduced hours counter service like Carrick-on-Suir.

Cllr Martin Lonergan (Ind), representing the Cahir area, said he was disappointed Bank of Ireland in Cahir has lost its counter service especially for elderly customers, who prefer the “personal touch” of doing banking transactions at the counter with a staff member.

“People like my own mother wouldn’t have a clue how to use a banking machine, and prefer to do transactions over the counter especially when dealing with their personal money.”

He fears the banking changes will prompt some people to keep large sums of cash at home instead of lodging it in their bank.

Cllr Lonergan also said the loss of the counter service at Cahir Bank of Ireland represented another cut to services for the people of the town and its large rural hinterland. “It’s another service that is being taken from rural Ireland that is badly wanted,” he declared.

Carrick-on-Suir Fianna Fail Cllr Kieran Bourke said the changes introduced to his local Bank of Ireland in Carrick-on-Suir and other towns were basically another move to “computerise everything” and “get rid of the personal touch”. It was also another blow to the services available to the public in Carrick-on-Suir.

He said he was one of Bank of Ireland’s older customers who preferred to do their banking transactions “the old fashioned way” at the counter with a staff member. He found self-service machines and on-line banking “so impersonal” and pointed out there were a hell of a lot of people like him.

“This is being forced on us. We are the customers and without us these institutions can’t survive. We should be telling them we don’t want this.”

Bank of Ireland said only 3% of its customers’ total transactions are conducted over the counter while the use of credit and debit card and contactless banking continues to grow, with demand for cheques, foreign currency and coin services continuing to significantly reduce.

“When we look at trends over time within a branch’s catchment area and see a consistent decrease in counter activity, we reconfigure the branch to support how our customers are using it,” said Mark Leech of Bank of Ireland.

“Following a two month customer notification period, some branches in Tipperary, namely Carrick on Suir, Cashel, Roscrea, Thurles and Tipperary have implemented a morning counter service each day, with staff available on the floor for the afternoon.

“Customers continue to be provided with a comprehensive range of products and services, the ability to lodge and withdraw cash from easy to use self-service devices and access to online and 365 phone services.”

He argued the changes enable greater availability of branch staff to provide personalised financial and banking advice. And he stressed cash services are still available in these branches after 12.30pm using devices and staff were on hand on the floor to assist customers with this.

Mr Leech said the Cahir branch has adopted the ‘Advice & Self Service’ model, where staff move from behind the counter onto the floor for the day.

“This change has been very successful in a growing number of our branches, where we have seen an increase in transactions happening in-branch through the enhanced availability of self-service options.”

Mr Leech said the Bank has a dedicated team supporting vulnerable and elderly customers to use its digital and self-service options. Last year, 30,000 customers attended the Bank’s ‘Tea and Teach’ sessions.