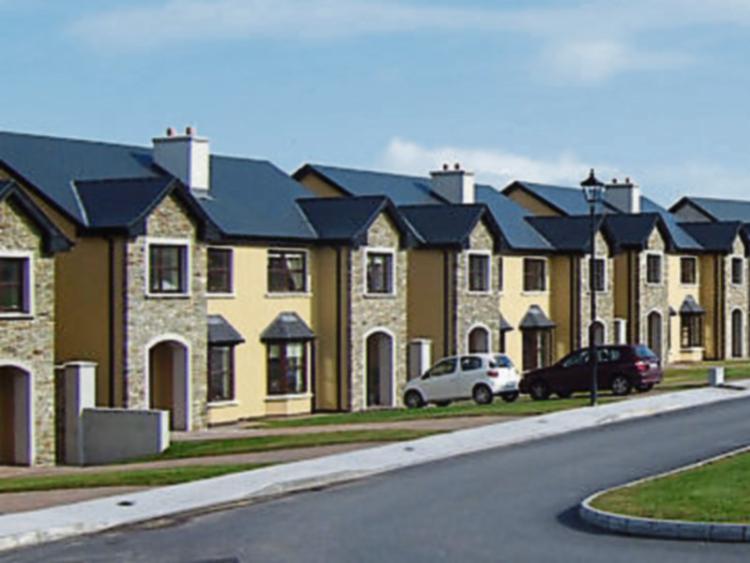 Construction work on new Tipperary Co. Council social housing schemes that will provide 144 new houses across the county is expected to “take off” at the end of this year.

That’s according to Co. Council Senior Executive officer Aidan Fennessy, who told the Council’s June monthly meeting that next year building will commence on a new social housing scheme about every three months.

“I expect work to commence on the housing scheme at Glenconner (Clonmel) and maybe one or two more schemes by the end of this year and after that there will be a scheme starting on the ground every three months or so.” Mr Fennessy was responding to queries from councillors.
Cashel Cllr Martin Browne (SF) asked about the progress of the new scheme of 10 socialhouses proposed for Waller’s Lot, Cashel, which is still at the design stage.

Cllr Browne pointed out that if the Waller’s Lot houses were started straight away it would still be 18 months before any of them would be ready for tenants. Even if all the houses the Council was planning to build were completed in the morning, it still wouldn’t be enough to meet the demand for social housing in the county, he complained.

“Can we put pressure on the Government to move these projects along quicker,” he appealed.

Clonmel FG Cllr Michael Murphy asked the Council to carry out an audit of all its housing zoned lands with or without planning permissions.

“I am really concerned about the lack of activity on zoned land with particular planning permissions on it. Is there any likelihood we will see activity on these lands in the next two to three years . If not is there a case to be made to zone land beyond those lands for urgent housing development,” he asked.

He reminded councillors that as the Co. Council hadn’t built any social housing since 2008, it was going to take time for the projects it was planning to be delivered.

“ It’s only now we are starting to see it take off. We have 144 new housing units approved and are planning to submit numerous other schemes to the Department ( of Housing, Planning, Community & Local Government).”

He said they will see the construction of these housing schemes coming to fruition in the next two to three years.

Mr Fennessy explained that once Council house building projects progressed to Stage 2 of planning they started to move forward much quicker and the Council was getting to that stage now with several of its proposed housing schemes.

Responding to Cllr Murphy, Mr Fennessy said the Council advanced an e-tender for expressions of interest from anyone with land with planning permission in providing social housing in association with other types of housing. The Councilreceived a number of expressions of interest. The tendering deadline was last Friday, June 16.