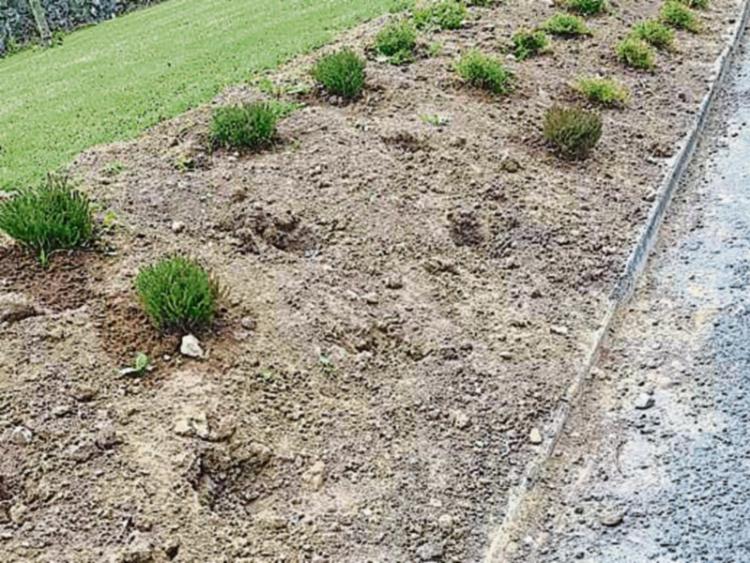 The dedicated work of Cashel Tidy Towns was dealt a cruel blow, last weekend, when a newly planted bed of shrubs was stolen.The shrubs had been planted in a roadside bed along the Boherlahan road. It was noticed last weekend that where there should have been rows of young plants there were now bare patches and holes in the ground!

Paddy Downey, of Cashel Tidy Towns, told The Nationalist that the planting took place along the roadside ‘under the Rock.’

“The people who took them knew what they were taking because they took the same veriety everyplace – one variety of heather,” Mr Downey said.
Only the smaller plants, which went in about two months ago, were taken, Mr Downey explained, probably because their root systems were easier to pull out of the ground. There was a little hole left in the ground where each shrub was pulled.

The plants were not taken from the one spot, but ‘half a dozen here, half a dozen there,” he added.

Mr Downey siad he suspects the plants may have been taken to sell on.

“We are shocked that something like this can happen,” Mr Downey said.

This is the second time this summer that planting by Cashel Tidy Towns has been targetted. About a month ago plants were taken from a bed on the Golden Road.

The theft has been reported to gardaí. Anyone who may have seen suspicious behaviour is asked to contact Cashel gardaí.

Mr Downey went on to say that Cashel Tidy Towns were heartened by “some response” they got to the bad news on Facebook.