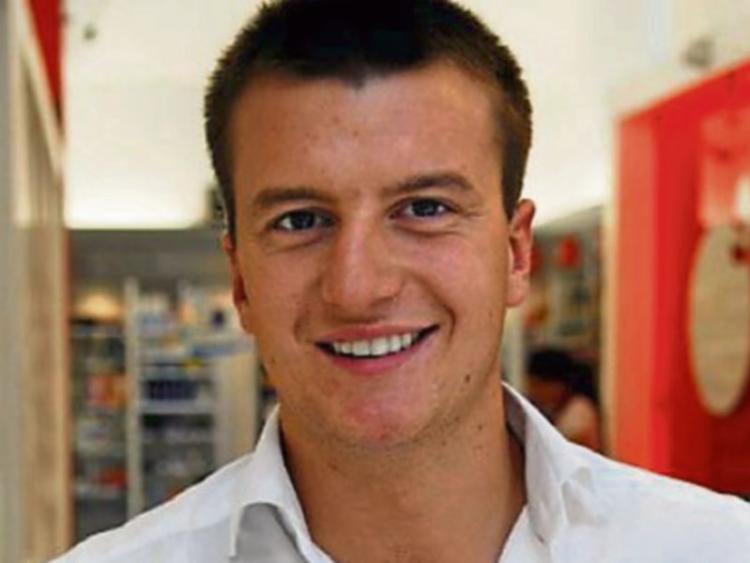 A Clonmel man hopes the book he has written about his struggle with depression and anxiety will help others battling the illness.

According to the cover blurb, ‘A Funny Thing About Depression’ is Cathal O’Reilly’s “little book of life’s frailties.

“Written through the eyes of a survivor of depression and anxiety, the book is a short but intense insight into a life often lived in difficult times.

“Cathal has crafted a book that is targeted at those who understand the condition and he tells his tale with a raw honesty and a dark humour. The book is a bittersweet testament to the resilience of the human spirit under siege”.

Cathal started a business at the tender age of just 20 and the stresses associated with such a venture, coupled with the break-up of a relationship, sent him on a downward spiral.

“It was very difficult when the illness was at its worst”, says the 28 year-old.

“It was a stuck-in-the bed situation. There were days when I didn’t want to get up and leave the house, and that went on for months on end”.

Thankfully, Cathal is now fit and healthy. He came through those dark days with the help of medication, a spell in St. Patrick’s Hospital in Dublin and a lot of therapy, especially CBT, Cognitive Behavioural Therapy.

He also attributes his recovery to learning how to make the right choices and take responsibility.

Despite its serious subject matter, he says that ‘A Funny Thing About Depression’ (which is his first book) is quite a lighthearted read. He says people will find themselves laughing at its stories, which makes it all the more readable.

One of those stories tells of his meeting with film legend Robert de Niro – who he describes as very nice, and reserved – when he spent a summer with a friend in Nantucket, a small island off Cape Cod in Massachusetts.

He is going into his final year studying Commerce in UCC. For the past six months he has been on work placement at a five star golf resort, where he has been involved in marketing.

As a keen golfer, his ambition is to work in sports marketing when qualified.

He recently graduated from a course in psychotherapy and counselling from PCI College – “I felt that if I could marry education with my own experience, then I would have something to offer”, he says.

Cathal does public speaking and is also available for events.

While studying English at UCD, his writing skills earned him an interview in Leinster House with former Tanaiste Joan Burton for the University Observer, the college newspaper.

Writing is in his blood, as Cathal’s uncle is Ennis-based author Bill Bradshaw.  British director Nick Copus, whose credits include the television series Gotham, Holby City and EastEnders, is directing a new film ‘Set In Stone’, which is an an adaption of Bill Bradshaw’s first best-selling book, ‘From The Horses Mouth – A Jailers Tale’.

‘A Funny Thing About Depression’ is now available in paperback from amazon.co.uk, the second biggest book store in the world, while a kindle version is also available.