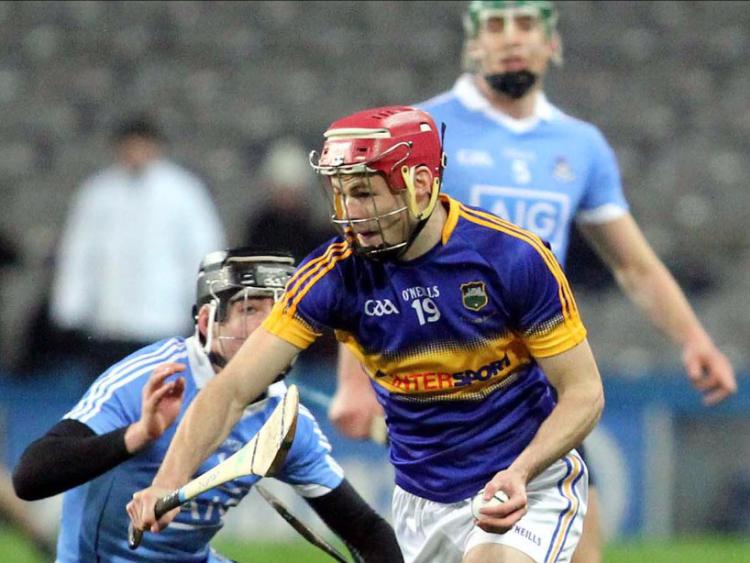 Mullinahone joined Killenaule at the top of Group Four of the County Senior Hurling Championship when they had a big win over their neighbours in the third round at Monroe on Saturday evening.

There has been little between these teams in recent years and current South champions Mullinahone’s victory was no great surprise, although the ease with which they achieved the win will have raised a few eyebrows.

Boosted by the aid of a slight breeze, Mullinahone flew out of the starting blocks and were three points ahead after five minutes, without Killenaule having registered a score. Things got even better for them in the ninth minute when Graham Horan pounced on a loose ball to drive the ball to the net and open up a 1-5 to 0-2 lead.

With county player Sean Curran, AJ Cronin and Jack Shelly prominent, Mullinahone made most of the running in the first half and had a healthy 1-11 to 0-5 lead after 24 minutes. They stretched that advantage to 12 points a minute later when Graham Horan did well to win possession and score his second goal, although it was a ball that the Killenaule defence should have cleared.

Points from AJ Cronin and Sean Curran pushed them 15 points clear, with two points from Killenaule’s John ‘Bubbles’ O’Dwyer leaving the half time score at 2-14 to 0-7 in Mullinahone’s favour.

Mullinahone only managed to add three points to their total in the second half – scores that were supplied by Niall Curran, Jack Shelly and Graham Horan – and they didn’t score for the last 22 minutes, including additional time.

However their big lead was never seriously threatened, with Graham Horan having inflicted most of the damage by scoring 2-2 from play.

The half-time introduction of Eoin O’Connell helped tighten Killenaule’s defence and they never threw in the towel. They put in a much better effort in the final ten minutes, which left their supporters wondering why they had been so sluggish for much of the game, as they scored an unanswered 1-2 in the closing stages to put a more respectable appearance on the scoreline.

‘Bubbles’ O’Dwyer started that sequence of scores with a point three minutes from the end of normal time, when he made a great catch, and a minute later the same player put the finishing touch to a move started by Kieran Bergin and continued by  Niall O’Dwyer’s handpass for their only goal, with Tony Doyle adding a late free in the second minute of additional time.

Declan Fanning, ‘Bubbles’ O’Dwyer, Tony Doyle and Johnny Grace all tried hard for Killenaule, although they left themselves with too much ground to make up when they conceded all those scores in the opening half.