Tipperary set their sights on “huge” game against Louth 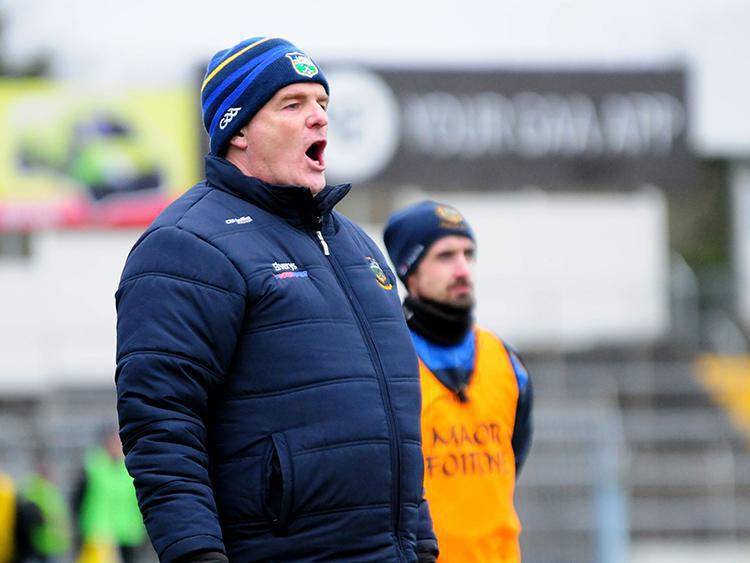 With two rounds to play Armagh (seven points) are also within striking distance of promotion while Sligo (five points) have an outside shot. So, considering the circumstances Tipperary’s home game against Louth at Semple Stadium, Thurles on Sunday, March 26th (3pm) is hugely significant (the Premier County will conclude their league programme away to Armagh on Sunday, April 2nd).

“We are top now on scoring difference so it’s up to us to keep winning,” Liam Kearns explained.

“We have got to beat Louth and if we do that I think we are almost there. That’s the situation and remember that if we don’t we have to go to Armagh in our last game and that’s not an easy place to go. So, this game is huge. It’s just disappointing that we are going in there with two games in our legs and they have only one. That’s very disappointing, but that’s the way it is.”

Due to the postponement of the game against Longford Tipperary will play their third game in as many weeks on March 26th and, as a result, the injury profile is starting to grow. Against Offaly, for example, Liam Kearns was forced to field a side with key attacker Philip Austin who was marked absent due to a groin strain.

The Faithful County faced into the game against Tipp having suffered the ignominy of losing by thirty points to Armagh. Pat Flanagan’s wounded men fought their way into a 2-9 to 1-6 lead by the 40th minute, but Tipperary dug deep and won the remainder of this contest by ten points (1-9 to 0-2). Indeed, manager Liam Kearns was pleased with the composure shown by his players.

“They hit us in the first ten minutes of the second half. So, there was loads of time if we kept taking the points. We really took over in the middle of the park. I thought we took our scores well and kept the cool and used our heads all the way through the second half,” Liam Kearns said.

“What I really liked about them (the players) is that there was no panic. We kept our heads all the way through the second half. That was the most important thing for me. It comes from maturity and from winning games – that’s three wins on the bounce now.”

There is no getting away from the fact that the performance against Offaly, in a footballing sense, was poor, but manager Liam Kearns was eager to highlight the factors which contributed to the display.

“You could not be happy with it, but it was tough going,” Liam Kearns explained.

“They (Offaly) were never going to lie down and that pitch is heavy out there. There were a couple of guys then who were carrying knocks and that does not help anything either. It’s our second game in-a-row and you have got to worry now that we have our third game in-a-row coming up next week against Louth which is huge game. I thought we were a bit leggy out there to be honest. That postponement (v Longford) is going tell to be honest. There are a lot of tired bodies in there now. It’s not ideal having to play three, four and five matches in-a-row if you want to get promoted – it’s not ideal at all.”

There was a positive, however, with the fact that a busy schedule is allowing fringe members of the panel to see action and therefore Liam Kearns’ playing resources are being developed as a direct consequence.

“And, we are delighted with that. We made a conscious effort to improve our depth and we have done that. I am happy that we have found a few players. We are getting there all the time.”

On Sunday Tipperary’s George Hannigan and Offaly’s Michael Brazil were shown straight red cards in the 18th minute. And, in the aftermath of the contest manager Liam Kearns revealed that Tipp will appeal the decision if the Shannon Rovers man has been “wronged”.

“I don’t think that George (Hannigan) did anything,” Liam Kearns said.

“I am going to have to talk to him, but if he didn’t do anything then we will appeal that (decision) because it is only fair. I think that the wrong man was sent off – the man who started it wasn’t even spoken to and that was a strike. So, I don’t know how George ended up being sent off. If it is a case that George has been completely wronged here we will appeal it.”