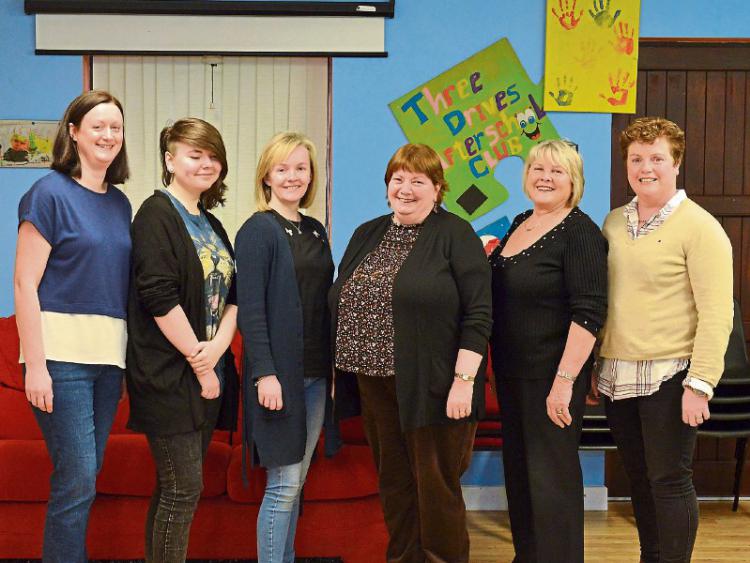 Eamon Laceyelacey@nationalist.ie@thenationalist
Located in the very heart of the community it serves the award winning Three Drives Family Resource Centre has been able to respond to the challenging requirements evident in every day life.

2016 was a special year for everybody associated with the Three Drives Family Resource Centre when it was given national recognition in the prestigious Pride of Place annual awards.

It was a remarkable achievement for the Three Drives Centre and an indication of just how valuable the services it provides to families living in a huge community are .

The Three Drives,established in 2002, has grown and grown adapting to the needs of the community as they are identified.

The ability of the centre to identify the unique needs of different groups of people living in its immediate catchment area – the Three Drives – Greenane, Dundrum and St.Ailbies, has ensured a signifigant role inthe community for the centre.

At the outset the centre operated out of two houses in the very centre of those three estates and it now occupies five houses, symbolising the enormous growth of the centre and the ever increasing spectrum of services provided.

“Every day you see the needs of people and we just respond to that” said Terry O’ Connor, manager of the Three Drives Family Resource Centre.

Its reach has gone way beyond the Three Drives core extending to the entire town and beyond into the towns extensive rural heartland during a time during which it has experienced significant cuts in its funding as did similar centres throughout the country with a 17% cut over three years (2012 -2014) proving most difficult to cope with.

One of the most important ways the centre supports family life is through the after schools programme for primary school children.Over fifty children avail of the programme which includes having their dinner at the centre, participating in the homework club and in arts and crafts activities .When the school year is over the centre provides childcare service only taking a two week break in August and Christmas.

On top of that service Terry explains that they were always exploring ways of securing more funding and trying to provide answers to problems they pick up on in the community and they try and address the needs involved.

The introduction of an advocacy support programme for parents of children that would be in foster care is an example of the centre adapting to and meeting the needs of the community it serves.

“These people need help and support and we can play a role in that and also provide a meeting place to assist organised access visits” said TerryO’ Connor.

Other such innovative services include programmes designed to combat exclusion in the community and assisting people to help them integrate.

One programme involved introducing therapy support for people with ADHD and the creation of special art therapy and other events , classes involving the cooking of meals with parents and there was a very strong uptake on that.

Terry paid tribute to the people who live in the area and take pride in it.The manager said the spirit shown by one resident Josie Kiely who was the inspiration behind a drive to turn an area close to the centre that was the target for illegal dumping into an area of biodiversity,was typical of the desire of local people to enhance the community they live in.

That spirit that is in the community shone brightest on the sports day organised by the centre last year to mark the 100th anniversary of 1916 when children dressed up in the attire of the time and raised money for Daffodil Day and Down Syndrome.A mini museum was organised by the children and they all helped to create a really wonderful occasion.

The unemployment issue remains a huge concern in Tipperary town and the Three Drivescentre is always exploring ways of enabling people to have the confidence and skills to give themselves the best chance by providing workshops in interview skills, preparation of CV’s and in providing a series of assistance programmes.