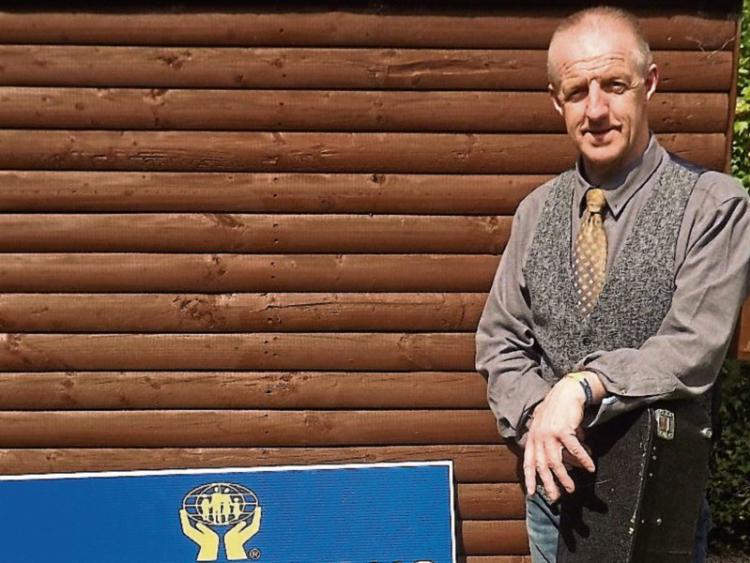 The eagerly anticipated launch of Séamus Doran’s new GAA song, in association with the Credit Unions of Tipperary will take place in the recently refurnished Central House Roscrea, next Thursday (May 18th) at 8pm and all are welcome to come along.

Highly regarded by his peers and colleagues within musical circles, Séamus is blessed with an enviable talent of being able to write in almost any genre on the spectrum, as is evident from previous compositions, such as “The Mighty Blue and Gold, Thomas MacDonagh (1916), and “My Hometown of Roscrea”, as well as his folk mass “Lead Me Home”, and his highly acclaimed spiritual compilation “Believe”.

Earlier this year he penned the number one hit, “Sixty Years Ago” for country star Derek Ryan, which is receiving rave reviews both nationally and internationally.

This latest addition to his repertoire is entitled, “Tipperary All The Way”, and is the title track on his new CD which is a collection of his Tipperary songs to date, and will be available on the night. A must buy, particularly for all Tipperary Gaels living abroad.

Seamus composed this song with the specific intention that it can be used for all Tipperary teams, irrespective of code, gender or grade. Seamus said that“ it’s an absolute honour, reserved for a very fortunate minority, to put on the blue and gold jersey, and we should be proud to support and encourage all who are privileged to wear it”.

The new Tipperary anthem is powerfully sung by Aidan Doran, and features a gifted group of musicians, from around the County including Theresa Larkin (Roscrea) on whistle and piano accordion, Seán Bourke (Nenagh) on banjo, Tom Lawlor (Nenagh) on button accordion and Deirdre Scanlon (Ballina) on fiddle and backing vocals. The track was recorded, mixed, and mastered to the highest standards by Joe Gallagher at GAF Studios Knockgraffon, Cahir.

To further expand participation from within the Premier County, the Credit Unions of Tipperary have rowed in behind this project and sponsored a video, filmed by Black Lava Productions Clonmel, to promote the song, which includes footage of all the musicians involved, as well as the world title winning teams from the renowned Flynn, O’Kane Academy of Dance.

The video will be shown for the first time on the night, before it is uploaded to YouTube. Thursday night also sees the start of the Central Sessions, and following the launch, revellers will be entertained by local artist Jack K, and Marty Ryan from Anna’s Anchor.

Speaking on behalf of the Credit Unions Of Tipperary, Brian King (Roscrea Credit Union) said that the credit unions were delighted to support a project that they feel will help promote the county to a wide and varied audience as well as showcase the importance of the credit union movement in the premier county.

Brian said that the Credit Unions of Tipperary meet regularly to collectively agree on advertising and marketing campaigns and projects such as the now international renowned credit unions of Tipperary annual calendar.

Wishing Seamus every success with the song Brian encouraged everyone to check out the video on you tube and to support their local credit union whenever possible.

All are welcome to what should be a most enjoyable start to the championship weekend.

So, do come along, you never know who you might bump into..